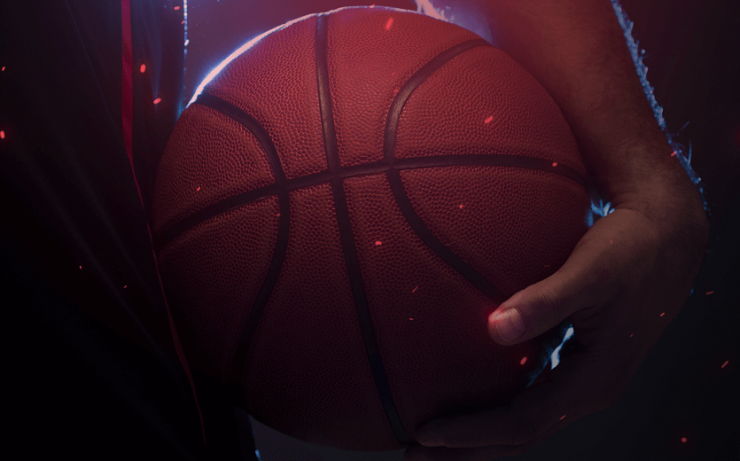 March Madness brings friends, family, and coworkers together every year as they pool together and fill out brackets for the renowned college basketball tournament.

Picking out who moves on every round, who makes the Final Four, and who ultimately wins the national championship is a lot of fun, even if you don’t know anything about college basketball.

March Madness has some of the most unpredictable moments in all of sports.

There are a lot of surprise upsets, which puts knowledgeable NCAA fans at somewhat of a disadvantage. If you’re going into March Madness for the first time, then your lack of bias towards certain teams can actually help you.

Still, there are a few essential tips you should be aware of that could help you win your bracket pool. You have to do your research heading into the first weekend if you want to be successful.

Here’s a few pointers to get you started!

Tips for Picking Winners in Every Round

Before we get into the nitty-gritty of March Madness brackets, let’s explore the men’s tournament structure and how it affects your bracket. We also have an in-depth guide to the women’s March Madness tournament and encourage you to fill out a bracket for that too.

Tournament Structure and How to Win Your Bracket

As March Madness begins, 68 teams are ranked and sorted into a bracket on a day called “Selection Sunday.” Once the matchups are set, the eight teams with the lowest seeding participate in a series of play-in games known as the First Four.

The four winners of these games advance to the first round, also known as the round of 64. The top 64 teams in the nation get split up into four regional tournaments (East, South, West, and Midwest) and the clubs in each division are ranked with seeds numbered 1-16.

The best teams with a high seed ranking might seem like perfect picks, but that’s not always the case. We’ll discuss that later on.

Here’s the bracket of first-round games from 2019: The teams play each other and advance to the second round through single-elimination games. After the second round, known as the round of 32, there are three more rounds with notable names:

The bracket culminates in a title game that determines the national champion and winner of the March Madness tournament.

It’s your job to pick the winner of each game leading up to the finals. Predicting the tourney winner is difficult, and creating a perfect bracket is nearly impossible – there are over nine quintillion combinations you could make from this year’s bracket! It’s so unlikely that Warren Buffet offers his Berkshire Hathaway employees $1 million a year for life should they fill out a perfect bracket.

At the end of the tournament, you compare your results with anyone else in your betting pool. Whoever has the most points is declared the winner, taking home the bragging rights and whatever prize money might be involved.

Correct entries in each round are worth a different number of points that count towards your final total. Some brackets may differ, but most follow a system where choosing the tournament champion is worth a cool 32 points.

As you can see, the games in the first round aren’t worth very many points. Sure, you have 32 games where you could earn points, but don’t worry too much about your bracket in this round. It’s wise to build your bracket starting with the Final Four where the games are worth 16 points.

What to Expect in Each Round

It might sound cliché, but when it comes to March Madness, you should expect the unexpected. It might seem tempting to ride the #1 seeds all the way through your bracket, but rest assured, you shouldn’t do that, and you’re unlikely to win your office pool if you do. Here’s a few quick betting trends for each round from previous tournaments. Keep these interesting stats in mind when you go to make your bracket, and click on the links for full articles detailing these trends and more:

These trends are interesting, but they aren’t sure-fire strategies for success. Let’s dig a little deeper with more tips that can help you win your bracket challenge.

The more research you can do on each team, their rosters, and how they fared in the regular season, the better. We’ll leave some of that up to you, but for now, here’s a few tips to remember as you go to create your bracket.

Take the #8 seed, for instance. They’re matched up with the #9 seed in the first round, so the difference between the underdog and favorite is rather insignificant. If you’re looking for a first-round upset, #9 and #10 seeds are typically the most likely underdogs to pull one off.

On the other hand, the difference between a #1 seed and a #16 seed is undeniable. Sure, there’s always a chance for a Cinderella story, but double-digit seeds usually don’t have what it takes to upset the favorites. Top seeds are the top seeds for a reason.

That said, upsets happen every year, so you’ll need to include some in your bracket. A good rule of thumb is to pick between 10 and 16 upsets. In 35 years of March Madness, there’s been an average of 12.7 upsets per 63 games.

Certain collegiate teams have a proven track record that makes them perennial favorites to win the NCAA tournament bracket. These teams are by no means a lock to win March Madness, but their history of success might help you fill in your bracket, particularly if they’ve had a strong regular season as well.

Let’s go through the list of March Madness winners from the past 10 NCAA tournaments. Keep in mind, last year’s tournament was canceled due to COVID-19. Here’s the results from the past decade:

As you can see, there’s a lot of repeat names on this list. North Carolina has made it to the big dance three times (winning two of them). Villanova, Connecticut, and Duke have two championships, respectively. Butler, Kentucky, and Michigan each have two finals appearances.

College basketball teams frequently change from year-to-year as star players move to the NBA, so these trends don’t mean everything, but it’s worth noting these are some of the country’s best programs. You can probably expect at least one of these teams to make a decent run in your bracket.

With 68 teams in the tournament, there’s no chance you’re going to know every team. In that case, just check the betting odds!

Instead of spending hours pouring through team statistics and history, you could just look at the betting lines to get a better sense of what bookmakers think of each contest.

For instance, if you see two teams you don’t know and one of them is listed as a -250 favorite, you probably want to slot the heavy favorite into your bracket. Sure, there’s plenty of upsets in March Madness, but blindly picking an underdog to beat a favorite probably won’t work out.

Here’s an example from DraftKings with futures betting lines for teams making the Final Four: Baylor and Gonzaga are heavily favored to make the Final Four at -305 odds. You should at least consider slotting these teams into the later stages of your bracket.

Finally, make sure you avoid these common mistakes when you’re filling out your bracket:

You should have a good shot at winning your bracket if you follow our tips and avoid these rookie mistakes.

March Madness is unpredictable, but that doesn’t mean you should go in unprepared. Be sure to read over our guide on “How to Bet on March Madness“, to have that added edge for the tournament.

Check out our “How to Bet on Sports” section for more college basketball advice. We have all the research and knowledge you need before filling out your bracket.