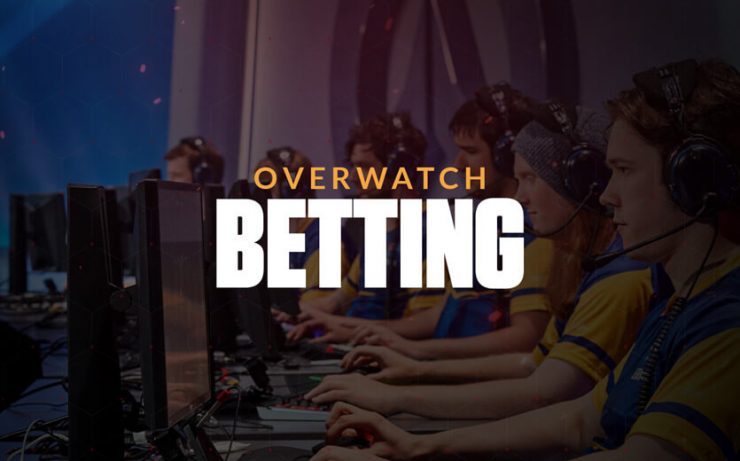 Overwatch is one of the newest eSports to offer professional-level play. With twenty professional teams representing cities in six countries around the world, Overwatch League provides a plethora of opportunities to turn a profit wagering on this popular first-person shooter. There are also friendly international competitions held under the banner of the Overwatch World Cup and competitive feeder leagues such as Overwatch Contenders.

This comprehensive guide outlines everything you need to know to begin betting on Overwatch. From gameplay basics, the type of wagers available, and some key strategic considerations, start here before putting any money on the Overwatch betting line.

Overwatch is a first-person shooter game in which two teams of six players compete across a range of different maps to complete different objectives. Overwatch League matches require teams to play a minimum of four separate games on four different maps. They are awarded one point for each map they win, and the team with more points after four games is declared the match winner. A fifth game is played as a tiebreaker whenever necessary. Playoff matches use a “first-to” format wherein the first team to win a pre-determined number of maps is declared winner.

Outside of professional play, most Overwatch matches use a best-of-five games format, with some tournaments featuring best-of-seven play.

Now that we’ve covered the essentials you need to follow a competitive Overwatch match, let’s get into the nitty gritty of how to lay a wager on these events.

How to Bet on Overwatch

Because professional Overwatch matches consist of many smaller ‘games within the game,’ there are several different wager types available for each matchup.

How to Read Overwatch Odds

Overwatch odds are displayed in a similar format to those of traditional sports and other eSports.

Most sportsbooks will give you the option of viewing fractional or American odds. If you’re not yet familiar with these formats, we recommend a detailed read of our guide to reading sports betting odds. Understand that the odds indicate both the amount you stand to win and the implied likelihood each outcome will occur.

As a refresher, American odds indicate the team that is favored with negative odds. This number tells you how much you’ll need to risk in order to receive a $100 return. The underdog will be given positive odds, with the number indicating how much you stand to win if you risk $100. Let’s look at an example.

The Titans are favored to win this match. If you want to play them as a favorite, you’d need to bet $200 to see $100 in profit. The Shock are underdogs, but your payout is accordingly higher. A $100 wager on SF would result in a $250 profit should they pull off an upset.

If you want to quickly determine how much you stand to win with a wager of any size, check out this Odds Converter & Payout Calculator.

Opportunities to bet on Overwatch include wagering on map results, match results, tournament results, and other smaller elements within each match.

Bettors can pick the winner of an individual game within a larger Overwatch match. These bets are most commonly offered as moneyline wagers, which ask the bettor to simply select the winner of the map straight-up.

Map winner bets are simple to understand, but they can be quite difficult to wager on without substantial knowledge of each team’s strengths in the game mode and map being played. Do your research to determine which teams are strongest in each of the four map types, and wager accordingly.

Bettors can also wager on the overall match winner using the straight-up moneyline betting format. This is a simple wager to start with, as it requires you to do nothing more than select the overall winner without needing to consider map-specific advantages.

Handicap betting provides an alternate option for those looking to wager on complete match results. The idea here is the same as a point spread in traditional sports betting – the favorite will have a pre-set number of points subtracted from their final score, while the underdog will have the same number of points added to theirs. It’s a way of leveling the playing field between two relatively mis-matched teams.

Returning to our example line, the Titans are a strong favorite against the Shock. It seems obvious Vancouver will win the match, but the payout isn’t very good since the odds are so short. By using a handicap wager, we can ‘give’ points to San Francisco to make the odds closer to even on each side.

With a handicap of -2.5, Vancouver would need to win the match by 3 games (maps) for bettors to cash in on their side, whereas those on the other side of the wager (taking SF at +2.5) would cash in if the Shock win outright or lose by less than 3 games overall.

Map totals Overwatch betting is a great option when you don’t want to choose sides. Rather than wagering on one team to emerge victorious, map totals consider how many games/maps will be played overall.

Remember that regular season Overwatch League matches will always include either four or five games. Playoff and non-professional tournament matches vary in length, so be sure you understand the structure of the match you’re betting on before wagering on map totals.

Rather than needing to predict the exact number of maps played, totals bets will ask you to choose whether the actual result is over or under a pre-set number. If the total is set at 4.5, you can bet the game will end after 4 games (under) or more than 4 games (over).

Taking the over is generally advisable when two teams are closely matched – the more they trade victories between maps, the longer the match will go on.

Overwatch futures ask you to predict the overall winner of a tournament or championship ahead of time.

Predicting tournament winners far in advance is an incredibly difficult endeavor, and timing is a key consideration, as the odds will generally be most favorable the farther away the event in question is scheduled. We recommend approaching these wagers with caution, but they are a fun way to mix things up and offer incredibly large payouts if you’re lucky or insightful enough to pick a winner.

Compared to other eSports, Overwatch has several unique elements that require the special attention of bettors. Overwatch is only one of many options when it comes to wagering on competitive eSports. If you’re looking for more informational how-to betting guides, check out the other eSports articles in our comprehensive sport-specific betting advice section.

Whatever you choose to wager on, always bet responsibly and practice disciplined bankroll management. Enjoy the action out there!