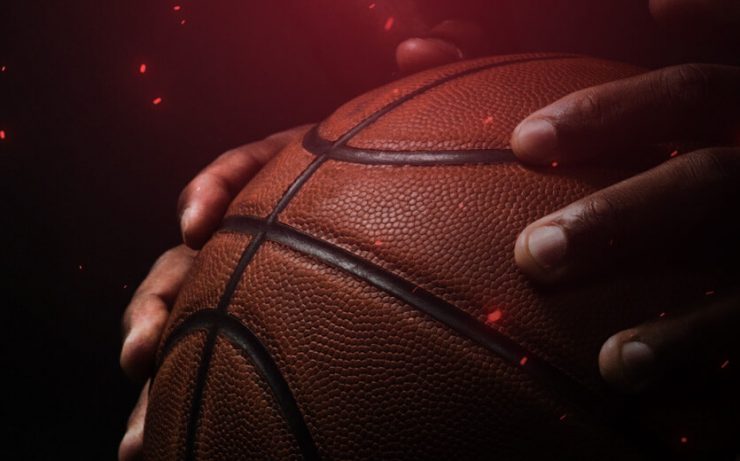 Ah, March Madness. Just about everyone in North America has filled out a bracket at some point in their life. But seasoned bettors know that betting on college basketball goes way beyond office pools, and you need to learn their betting strategies to turn a profit this spring.

Each of the 63 games in March Madness will be available for single-game betting at every major sportsbook, and the tournament has become one of the most wagered-on events on the calendar.

Below, we provide 6 March Madness betting tips to help you find flawed lines, pick a worthy March Madness champion, and generally keep your bankroll in the black.

This is the simplest March Madness betting strategy we have. Whether filling out a bracket or betting on March Madness National Championship futures, there’s little value in picking a one-dimensional team. To win it all, a team has to have an elite offense and a stifling defense. At least, that’s what history tells us.

Every year, you will find relatively high seeds that are lacking at one end of the court. These teams are not good bets to win the tournament. A slew of teams fit the bill in 2019:

ESPN, CBS Sports, Yahoo, Sports Illustrated, Bleacher Report, The Athletic: experts from every sports site are going to post their March Madness picks. When it comes to toss-up games with narrow point spreads, it can be tempting to look at who the majority of the pundits are taking.

But beware. While some of these people truly are experts who earned their status through years of studying Xs and Os, others “earned” their roles by doling out controversial hot-takes that garner clicks, and many more are simply recognizable names who played the game at a high level. This doesn’t mean they know the best March Madness betting strategies!

Here’s the thing: you can be sure that oddsmakers at the best college basketball betting sites fall into the first category. They know much more about handicapping than anyone you’ll catch on TV. Still, there are essential March Madness bracket tips out there to be aware of, that could help you win your bracket pool.

It can be hard to tell a real expert from a charlatan when you’re merely looking at a bracket.  Before following any “expert” advice, research the pundit providing it. What makes them so sagacious? How well have they done in the past?

The best betting strategies are informed by good data, so we’ve tracked the accuracy of two mathematically-based prediction systems, KenPom and Sagarin, over the last two years.  We’ve found that when their predictions differ on the point spread, there is value in betting on the team that KenPom predicts will cover.

Don’t be fooled into thinking this March Madness strategy will result in an instant windfall. It picks losers well over 40% of the time. But if this track record holds in the tournament, it will result in a modest net gain. You can’t win ’em all. ..

Pay attention to where games are being played. Some schools will have to travel across the country to play their opening-round games; others will endure only a short bus trip to the stadium.

Teams playing close to home don’t have to confront jetlag, and the crowd tends to be behind them. Don’t underestimate the emotional boost strong support can provide.

Factors like travel and crowd noise have a bigger impact on [university athletes] than on seasoned professionals.

Boyd’s Bets calculated that Utah has the biggest home-court advantage in the NBA. The Jazz are, on average, 4.16 points better at home than on the road. They were followed closely by the Denver Nuggets at 4.11, but no other team was over 4.0 PPG.

Contrast that with the NCAA, where 31 teams have a home-court advantage over 5.0 PPG. Why the difference?

College basketball players are 18 to 21-year-olds with relatively little game and life experience. Factors like travel and crowd noise have a bigger impact on them than on seasoned professionals.

Side note: pay particular attention to the games in Salt Lake City in 2019. It’s no coincidence that teams which play at altitude always have a more pronounced edge at home. Their bodies are accustomed to the reduced oxygen. If a school like Utah, Utah State, or Colorado plays in that regional against a sea-level team, they could have an extra edge that many bettors fail to recognize.

The best recent example of home-court causing a massive difference came in the 2017 tournament. No. 2 seed Duke was placed in a regional quartet with no. 15 Troy, no. 10 Marquette, and no. 7 South Carolina in Greenville. If your geography is a little rusty, Greenville is in South Carolina, 103 miles from Columbia (home of the Gamecocks).

Duke was a 6.5-point favorite. This happened…

Eight of the last nine March Madness winners have covered over 55% of the games in their championship seasons. For once, 2014 UConn isn’t the outlier in this trend. It’s Kentucky in 2012, which went 38-2 but was sub-.500 ATS because of sky-high expectations.

Simply finding the teams with the best ATS records on the year and betting them blindly isn’t the best betting strategy; sportsbooks and sharps adjust. But it is wise to reference cover rates when picking champions from a list of strong teams.

Covering the spread means that a team is regularly outperforming expectations. They are beating down the teams they should beat down, winning comfortably in games that are supposed to be close, and pulling upsets in tough road environments.

In short, when you see the combination of a highly-ranked team and a sparkling ATS record, it’s a sure sign of true quality.

Coaching counts for a lot in college basketball. With 353 teams in Division I, there is a vast discrepancy between coach quality, and that shows up on the scoreboard.

Over the last six years, a handful of coaches have set themselves apart as ATS covering machines:

Not all of these teams/coaches will make it into the tournament every year, but when they do, take a long, hard look at their individual game lines.

With these six simple strategies in hand, you can now take your March Madness betting to new frontiers. But extensive preparation is the key to sports betting success, and we have plenty more tips for those looking to take a deep dive. Including this complete guide on betting on March Madness for Dummies.

In fact, our sports betting strategy section contains an entire series of March Madness strategy articles. Check it out to develop a detailed plan for the tournament or simply pick up a few additional pointers to bolster your bankroll.

But, as always, never risk more of your bankroll than you can afford to lose.